Alerts
X
Alerts:Water Quality Advisory - With the turbidity of the source waters increasing above 1 NTU, The District of Peachland has instituted a Water Quality Advisory, effective immediately. While the associated health risks are minimal, Interior Health recommends that children, the elderly, people with weakened immune systems and anyone seeking additional protection drink boiled water or a safe alternative until further notice. For those at-risk populations, water intended for drinking, washing fruits or vegetables, making juice or ice, or brushing teeth should be boiled for one minute. The District apologizes for any inconvenience and appreciates your patience during this time.

Location: Beach Avenue, downtown core, west of Day Use Wharf and across from the Museum Each year, the Peachland Sportsmens Association hosts Fishing Forever events in Heritage Park, recognizing that there are people in their community that could benefit greatly from a day out fishing, if they could only get there, and every summer for hundreds of disabled anglers, this Association makes that happen. Life is to be enjoyed! But the waterfront is difficult to fish from...

Three local service clubs  the Peachland Sportsmens Association, Peachland Lions Club and the Rotary Club of Peachland  have achieved their goal of building a new wheelchair accessible pier in downtown Peachland. The Ray Kandola Heritage Pier is a 120-metre long fixed structure running parallel to the shoreline of Heritage Park in downtown Peachland. This pier is the first of its kind on Okanagan Lake and adds accessibility to what was previously an unusable area of Peachlands downtown waterfront. Breakout areas allow people to fish while the main pier features wheelchair access with benches to rest and take in the Okanagan Lake views. It is a place where youngsters can try their hand at fishing while meeting the needs of people who have had to give up their pastime because of physical limitations. 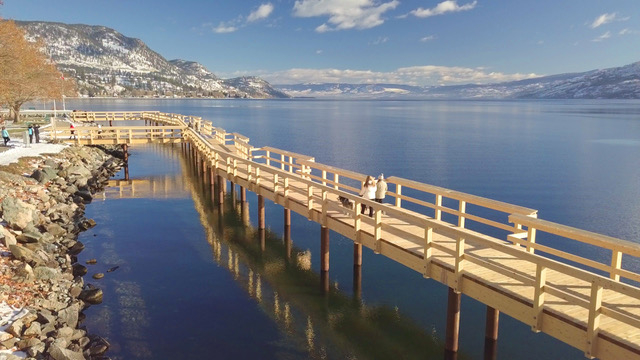 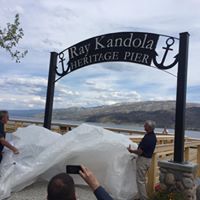 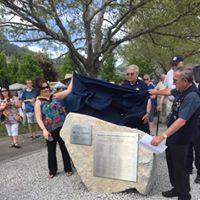 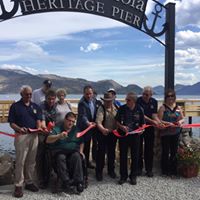 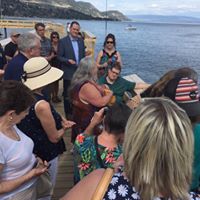 Click here to fly over the Ray Kandola Heritage Pier!