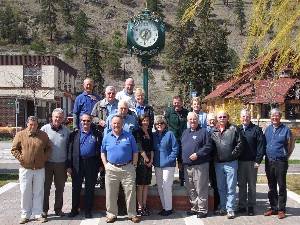 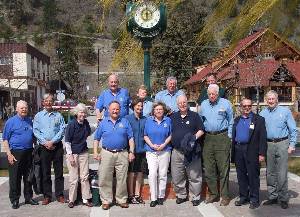 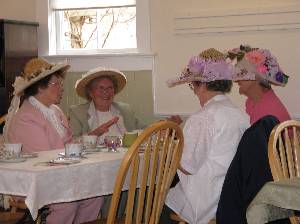 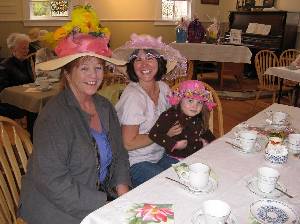 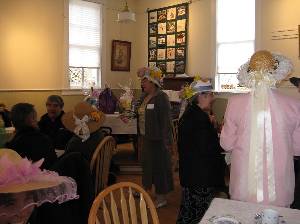 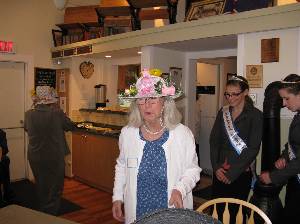 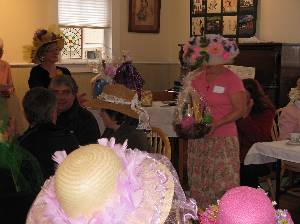 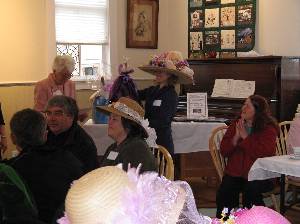 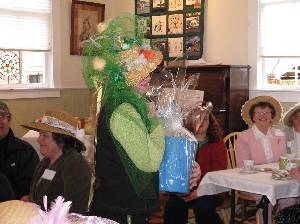 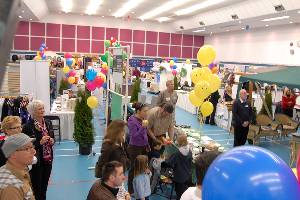 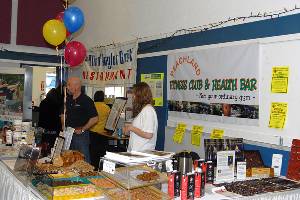 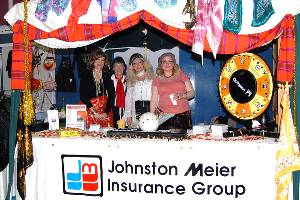 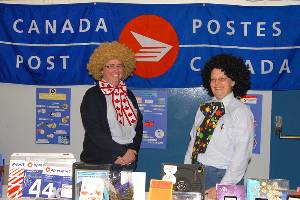 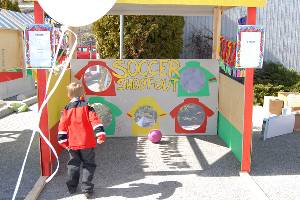 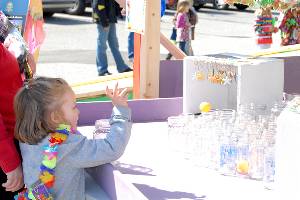 On February 28, at a ceremony at the Peachland Museum, MP Stockwell Day, Minister of International Trade, presented Peachland with a cheque for $11,900 to be used for Centennial Celebrations. The grant was provided by Heritage Canada. Seen in the photo is Stockwell Day presenting the cheque to Tracey Boorman, a member of the Peachland Centennial Steering Committee.