The Venner Court Intake with its screen chamber and chlorinating station is located approximately 5 km beyond the Municipal boundaries and has the capacity to supply 3,000 gallons per minute (GPM). Five (5) pressure reducing stations (PRV's) are throughout this system. There are 3 reservoirs with capacities of 30,000 gallons, 350,000 gallons and 100,000 gallons Trepanier Creek supplies all of the Trepanier area and downtown Peachland with approximately 700+ users. Trepanier Creek has abundant, high quality rearing and over wintering fisheries habitat but very little by way of spawning habitat.

The name "Trepanier" refers to a medical procedure utilizing a trépan (cylindrical saw), performed on a Shuswap chief named "Short Legs," who suffered a skull fracture as a result of being mauled by a bear. The successful operation was performed in 1817 by Alexander Ross of the North West Company. 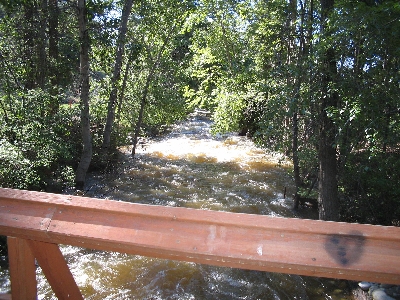 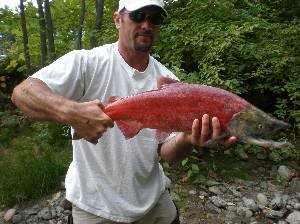 Greata Creek flows east into Peachland Creek and has a drainage area of 40.7 km2

Deep Creek water is supplied to all of the area south and west of downtown Peachland, approximately 920+ users. This system also services 9 holes of the Ponderosa Golf Course from Gladstone Avenue.

Peachland creek flows in a V-shaped valley with steeply sloping, forested sides. The creek falls from elevation 4,075 ft at Peachland Lake Dam, to elevation 1,123 ft at Okanagan Lake in a distance of 15.2 miles. The creek slope is fairly constant throughout its length and fall an average of 3.68 % or 194 ft/mile. 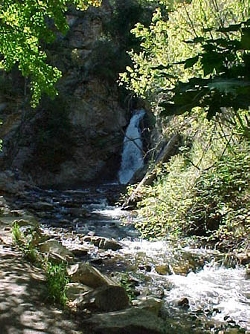 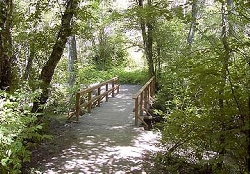 Water was supplied from 2 wells, each with a 4" submersible pump. the pumps were 170 feet deep and pumped 150 GPM. The pumps could operate together to fill the lower reservoir's 40,000 gallons capacity. At the reservoir, two pumps drove water 125 GPM into a 6" high pressure water line to a 100,000 gallon reservoir. Sprinkler restrictions assist in allowing enough time to refill the top reservoir.

This system supplied approximately 210 users in the Ponderosa area and in 2014 was decommissioned due to repair and maintenance costs. The area is supplied now via the Eaglesview Pump Station with water supplied from Deep Creek.

Spring Runoff occurs annually April to June. Water that looks dirty is to be expected. Check the Daily Turbidity for information on your water quality. You may choose to leave your drinking water in the fridge to allow it to settle.

A check of your household water filters during this time would be advised as extra fine filters cannot cope if silt is present.