Location: Beach Avenue, downtown core, west of Day Use Wharf and across from the Museum 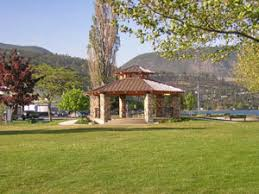 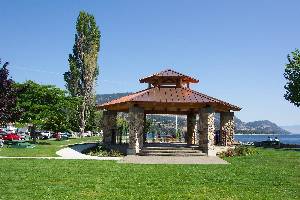 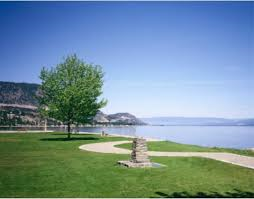 From its earliest years, downtown was a working waterfront. Heritage Park is on the site of what was once Walters Ltd Packinghouse and before that, a fruit and vegetable cannery. Severe winter frosts in the early 50's caused a sharp decline in the soft fruit industry so the Packinghouse closed its doors in 1955.

The building remained idle for several years while politicians debated the merits of this or that use for it. In 1979, the building mysteriously caught fire and burned to the ground. Many prominent citizens volunteered that they had struck the igniting match but none could be singled out to receive the medal of heroism they deserved for getting rid of what had become an old eyesore.

The Peachland Rotary Club built the Pavilion in 2004 as a tribute to the Centennial of Rotary; it has become a focal point of urban life in Heritage Park. It is also the scene of several community events. The Peachland Lions added to the park by providing benches.