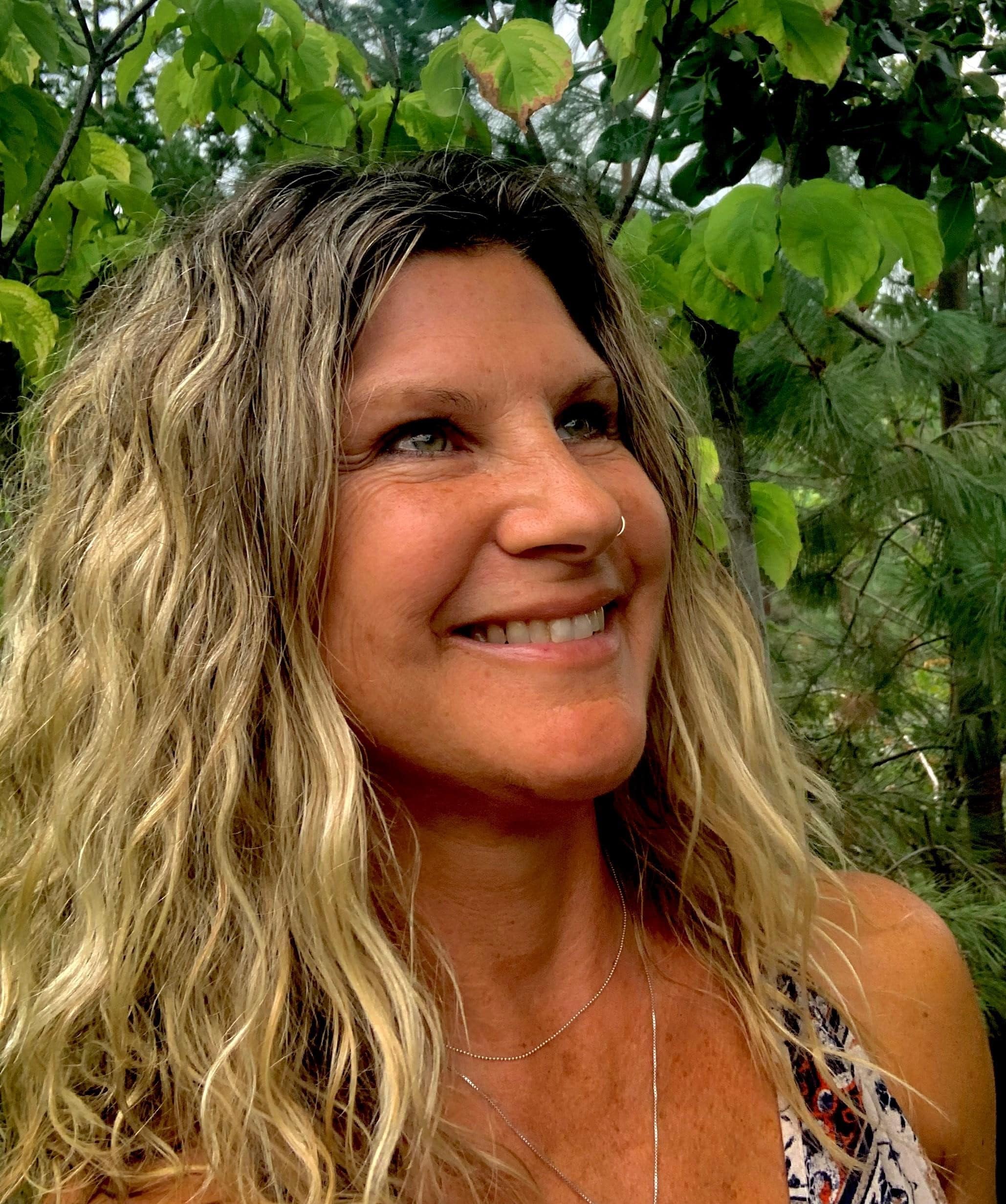 Dawn has been passionately involved in the fitness industry since the late 80s and worked in the capacity of group fitness instructor and personal trainer, as well as rehab assistant to chiropractors, physios and occupational therapists. After receiving her 200 and 500 hr as a yoga teacher during the mid 90s, she taught Olympic divers, swimmers and other elite athletes while raising her 3 children, who taught her the most. Dawn worked in studios, for the municipalities and in her home studio. While studying yoga therapy in 2004, several family tragedies, including a heart condition, shifted her abruptly. Dawn was grateful to have a yoga toolbox to help her through. In 2006, Dawn and her family moved to the Okanagan from Vancouver. She then created an interval fitness and trail workout program called Enviro Fitness, as well as an Aqua Therapy Program that is still taught at Johnson Bentley Pool. In 2011, she began studying Ayurveda and completed training as an Ayurveda Wellness Counsellor and a Yoga of Recovery teacher at the Sivanada Ashram on Paradise Island. Through the years of being a mom, she studied with teachers like David Swenson and David Williams, as well as Seane Corn, Dean Lerner, Amrit Desai and Pattabhi Jois. In 2019, Dawn went back to her love of studying yoga therapy at Ajna Yoga Therapy College in Victoria.

After completing her 800 hour and registering with the IAYT, she launched a new business called REMEDY Yoga. This tapestry of yoga therapy, nature-based fitness training, herb foraging, aromatherapy body care, diet, lifestyle, aqua therapy and ancestral wisdom is woven into her yoga classes to create a personal program for her participants. She meets her clients where they're at on a day to day, minute to minute basis. Dawn is forever humbled not only by the teachings of yoga and Ayurveda, but also the Indigenous peoples land that she is honoured to teach, live, grow and forage on. In Dawn's words: "As an uninvited guest on the unceded territories of the Syilx Okanagan people and of the same linguistic group as the Interior Salish, let me give thanks and much gratitude for this land. May I be a teacher and steward of this land and do no harm upon it."

Wisdom words: "We were born with an innate wisdom, if we could just get out of our way." 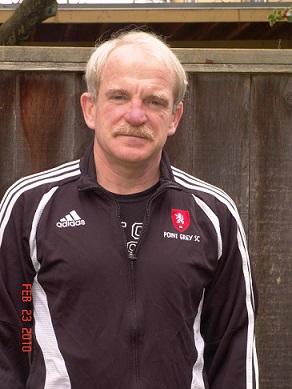 Over the past 24 years, Randey has coached over 750 boys and girls in both soccer and baseball on community youth teams in Vancouver, from ages 5-18. He was president of Point Grey Youth Soccer, the 2nd largest youth soccer club in Vancouver (1350 boys and girls) from 2002-2008 and was on the Board of Directors of Vancouver Youth Soccer (representing 9000 children) from 2003-2008. Since moving to Peachland with his wife Allie in 2015, he has taught Mini Kickers each season for 4-6 year old children at the Peachland Community Centre. Randey also co-coached a team of twelve 6 year old Peachland boys this past season in the neighbouring Westside Youth Soccer Club and will be coaching them again this upcoming soccer season. Most of those boys started playing soccer in the Peachland Mini Kickers program.

Randey believes the best way for a young child to learn a team sport is to make it fun and keep it positive. He has found over the years that young kids learn to dribble a soccer ball much quicker if they are playing keep away from a coach or parent than if someone is just telling them to go around cones. They should all have a ball at their feet or a bat in their hand as much as possible, allowing them to win against parents/coaches at practice as much as possible. Kids all develop at different rates but if you keep it positive, they will keep coming back because they want to, and will learn individual, team and social skills that will benefit each of them throughout their lives. 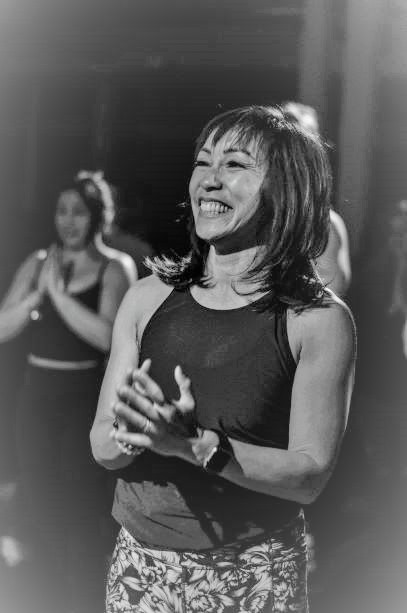 Janets yoga path began when a motor vehicle accident left her in chronic pain and a life on opiates and/or spinal fusion were her only options. Not willing to accept this, she found yoga at the beginning of her self-healing journey. Janet completed her first E-RYT 200H in Hatha/Ashtanga Vinyasa traditions in 2013 and has continued as a student of yoga since. She completed all 4 levels of Critical Alignment Therapy and is the only certified CAT therapist in the Okanagan. This therapy specializes in mobilizing and restoring the spine to allow it to function how it was originally intended. Janet also has specialized training in yoga for cancer, Yin yoga, yoga Nidra and Myofascia yoga.

Yoga for Your Back is focused on releasing tensions in your spine through the use of breath work and the gravity of your own body while relaxing on soft props (spinal strip and blanket/towel roll). We then move towards strengthening and stabilizing the spine in its neutral alignment to access more freedom of movement. Once this is achieved you will begin to recognize how to move from your neutral which will allow increased energy and can lead to improved mobility and performance in all activities.

Yoga for Mobility is focused on the mind-body connection and connect movement with breath through Vinyasa Flow sequences. Set at a moderate intensity, the focus will be on standing, seated, lying and twisting postures.

In Janet's words: "If you can breathe, you can practice yoga. This practice has given me so much. I would love to share what I have learned with you so that we all can be on this beautiful journey together..." 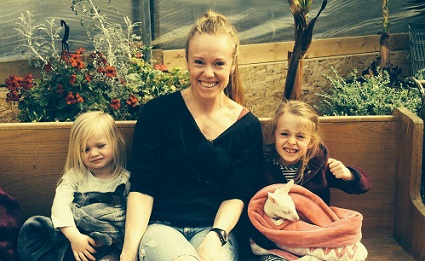 Frances was born in Wales in the UK, where she completed university in Nottingham and obtained her Bachelor's Degree in Sports Science. Shortly after, she moved to Canada where she became a Certified Exercise Physiologist through CSEP. Over the years, Frances has been a personal trainer, performed fitness assessments and exercise stress testing, and for the last few years has been a group fitness instructor. She loves teaching spin, where the class is pushed to work hard, sweat and reach the finish line together.

Frances is a mother to two girls and as a family, they enjoy rock climbing and taking part in what the Okanagan has to offer. Frances loves teaching in Peachland where she is so happy to be a part of the Peachland fitness team.

As an advanced level tennis player, Roberta Meakin has had years of private lessons and training. She competed in many tournaments in the Okanagan Valley area in both singles and doubles. These tennis skills were highly transferrable into the sport of Pickleball. She began playing Pickleball in 2011, where she started as a 4.5 level player and won her first Canadian Nationals Silver medal in 2013. Roberta became a tournament rated 5.0 player in 2016. She has won many tournaments in the USA and Canada. Her crowning achievement for Canada is 8 medals at the Canadian Nationals Tournament, the largest in Canada, in the last 6 years. She is a sponsored Canadian pro player with Paddletek, one of the premiere paddle makers in the USA.

As an instructor, Roberta has been teaching/coaching players in the Okanagan Valley since 2013. She teaches for 9 recreation centers (Penticton, Oliver, Peachland, West Kelowna, Rutland, Okanagan Mission, Watson Road in Kelowna, Lake Country & Princeton). Roberta believes that forming good technique for beginner and novice players is very important when starting out. This will help to prevent injury and those bad habits that are harder to break later on. Roberta specializes in helping novice players work toward intermediate level play in a fun and encouraging environment.

Roberta is also a children's ballet instructor and has taught everything from fun beginners classes to exam and pre-professional level classes with serious students. Ballet technique is very detailed. It also requires hands-on correction so that students can feel the correct movement. Roberta uses this unique set of skills in her work as a Pickleball instructor. She is a motivated and encouraging teacher, that likes her students to have fun, be challenged and work towards goals. She works with all levels of players from beginner to advanced. 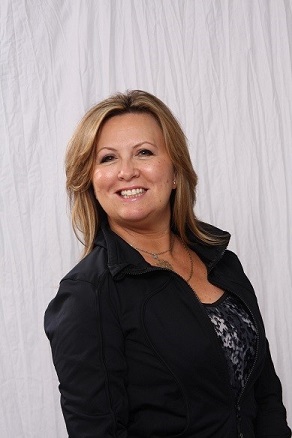 Carla has over 25 years experience in the health and fitness industry and has been teaching successful classes for the last 5 years in the Peachland community. Below is a breakdown of the classes she teaches and the format.

Fitness Fusion Level 1: This class is 1.25 hr and is a low intensity full body workout class. The focus is on improving coordination, strength and balance using a variety of equipment. This class is offered at 4th St. Place.

Fitness Fusion Level 2: Pre-requisite is Level 1. This is a 1.25 hour class with a warm-up, building on a complete full body workout using weights, balls, bands and different compound exercises to burn body fat and keep your muscles strong and flexible. There is a floor component for core work and abdominals, as well as finishing with a fantastic cool down stretch. This class is at 4th St Place.

All participants are required to fill out a medical Par-Q waiver before starting. 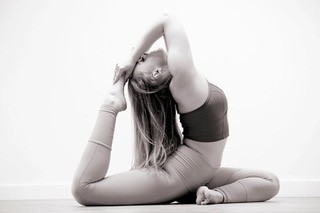 Tessa feels fortunate to be sharing yoga for the past several years with an amazing, diverse community of people. She was first drawn to yoga while in high school. Tessa thought yoga would be a great balance to her passions of riding horses and fitness training. It didnt take long for her to discover many more benefits that yoga provides, beyond the physical ones, such as bringing balance mentally and energetically. Tessa took yoga teacher training in 2010 and it became her full time job in 2012. She feels it a privilege to have practiced and trained in many styles of yoga and discover what yoga is for her. Tessa tries to bring that across to students in a safe, creative, accessible and empowering way. She feels honoured to be part of the process of bringing yoga into your life.

*Remember, your first time to any of the fitness classes offered by Peachland Recreation is FREE.
Come down and give a class a try!