The Chronicles of Peachland

This illustrated, 278 page book contains a wonderfully assorted collection of over 80 articles that relate and celebrate the life of Peachland during the last 29 years of our history. It details the activities of over 55 organizations and groups that are at the heart of our Peachland experience. It also captures historical and current insights into the political, commercial and public life of our much loved lakeside community. If you lived in Peachland at any time during 1984 to 2012 you are part of the Chronicles.

This outstanding non-profit book is a publication of the Peachland Historical Society and after April 6th, 2013 will be available for purchase ($25) at the Peachland Museum. 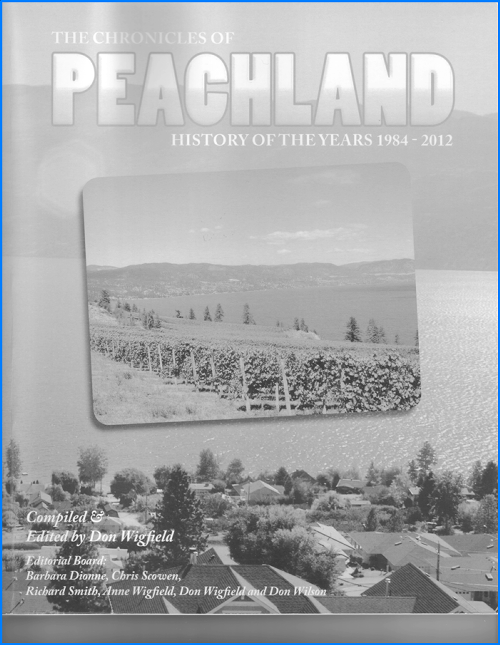 The book gives answers to: