The municipality of Peachland owes much to the progressiveness of Mr. W.A. Lang whose native city was Ottawa, Ontario. For 13 years he was a resident of the Okanagan valley and was a great benefit in boosting this country. He was the first Reeve of the municipality of Peachland and served in that capacity for two years. Mr. Lang was the Peachland manager of the Dominion Glazed Cement Pipe Company Ltd. whose chief executive office was in Vancouver. This industry furnished employment to several men and was a splendid asset to the municipality. For 11 years he served as the president of the Conservative Association. He was always ready to note the good qualities of anything that was for the betterment of the region and his judgment was accepted as being impartial. Mr. Lang was also interested in the fraternal organizations being a member of the A.F. and A.M.

The W.A. Lang home was showplace with lovely flower gardens and the house beautifully kept. Records show that he took out a water license in 1900 on the spring above their home and just below Princeton Avenue.

W.A. Lang and Hugh McDougall built the first sawmill at Hewitts wharf. The first mill burned and another was built on the same site which made box shook as well as lumber. There was a small store there, run by W.A. Lang, as well as a boarding house and other buildings. 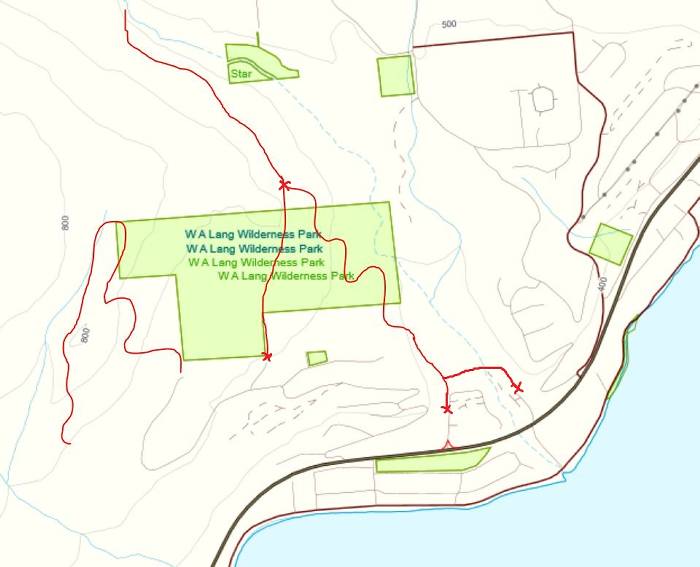